I was recently interviewed by the delightful author Marina Julia Neary for her Blog. Intelligent and humorous, Marina provided unique and provocative questions that piqued my interest and kept me on my toes. I’d like to thank Marina for the opportunity to appear on her blog. It was a lot of fun!

For an always interesting read, follow Marina’s Blog and check out her book Saved by the Bang: A Nuclear Comedy. Please see my interview below: 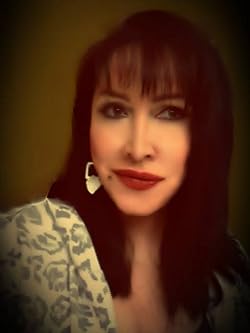 MJN: Let’s talk about your female protagonist Riley Rinaldi and the role that makeup artists play. My birth father is a former opera singer. He says that getting into character and putting on a mask really messes you up. Sometimes you lose that fine line between the character and the performer. Sometimes the masks sticks to the face too tight and you cannot rip it off without taking some of the skin off with it. Makeup artists are the often unsung and neglected heroes who help create those characters. In a sense, they play that Frankenstein role of literally “creating a monster”. Do you believe there is a symbiotic bond between the makeup artist and the actor?
CO: Very interesting question! Yes, I do think there is a symbiotic relationship between the makeup artist and the actor. Just as an author gives birth to his books, the makeup artist must feel that same pride and concern for the characters he creates. And conversely, the actor is dependent upon the makeup artist to give him the “face” of the character he populates. On a side note, I had to chuckle when you mentioned method acting because it plays a vivid role in the sequel to Beautiful Monsters. The readers want more of Riley and Keller, so I’m going to dish it up in spades!
Share With Friends

In the Media Section, you will find news, press releases, reviews, contests, book signings, and other current buzz about my books.
Subtext Literary Group
Richmond, KY